> All Blog News>Why is rice thrown to the newlyweds?

Why is rice thrown to the newlyweds? 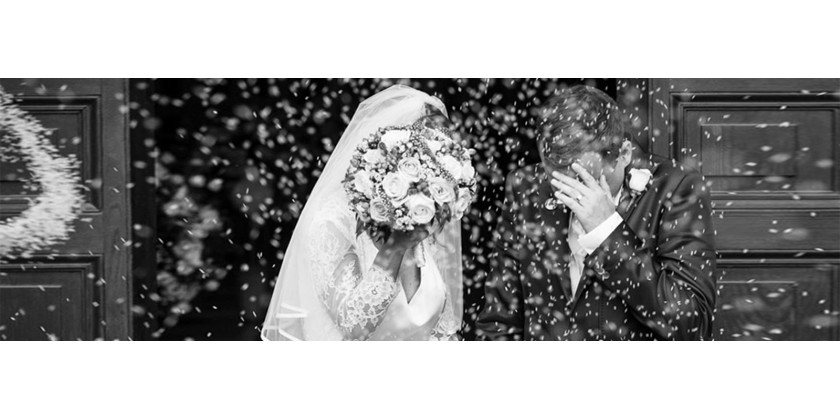 Why is rice thrown to the newlyweds?

White or colored, rice has always been a protagonist in its traditional spouse launch! The custom is now widespread all over the world: after the pronunciation of the fateful Si the guests throw rice, and sometimes other small objects like coins, confetti and sweets, as a sign of good wishes to the newlyweds!

But what gave rise to this tradition?

The popular belief tells us how this gesture is probably born from a legend of faraway China, where it is known that in ancient times, when the area was hit by a severe famine that had already led to the exhaustion of adults and children, the good Genius arrived , pitying the situation, he called all the peasants to harvest and asked them to irrigate the fields with the river water in which he threw (you are about to read well) his teeth! And immediately the magic was created: the water transformed the teeth into seeds, from which thousands and thousands of rice seedlings began to sprout and fed the entire population! And then, from that moment on, rice became the symbol of abundance, so throwing it to the Spouses means wishing them a life together full of prosperity and children, and therefore happiness! In fact, rice has always been present in the typical diet of Asian areas, where it is a symbol of fertility.

Another popular belief, which we like to believe a little less, tells how in Indonesia rice was launched immediately after the wedding ceremony to retain the soul of the groom who, otherwise, would have immediately run away without returning ( but how sad ... better not the Genius?

Finally, among the various rumors, there is also a last rumor of the people that claims that the launch of the rice was originated by the Romans who, on the occasion of the wedding, threw cereals to the Spouses in a sign of fertility! When the rice spread, this was preferred to cereals, now more difficult to find.

Ok, we talked about the origins of rice. And why are confetti and desserts thrown?

Here then we must move to ancient Greece, where always to wish a rich, happy and full of children, they gave each other, throwing them, sweets and confetti (hear hears) on the whole wedding procession (so dear damsels and witnesses, don't it would have been no escape for you either! J)

Today the custom has changed a little, using a lot of colored rice for marriage: red, yellow, orange, fuchsia ... and even rainbow! The flower petals are also very used and delicate, which surely give a touch of romance! If you look through our products, you will find not only a wide selection of traditional rice (strictly stain-resistant) but also flower petals of the color you like best and throwing them that throw confetti or, to your liking, petals, hearts and even butterflies! Let's not forget about the romantic soap bubbles! Personally I find those fantastic too: they create a sweet and unforgettable atmosphere!

Then run to organize this moment! What will you choose? Rice, petals, hearts, butterflies or soap bubbles?

See you soon at the next article here on our Yes I Do.Cloud Blog

Yes I Do.cloud wishes you a good day and good preparations!